There has been a reduction in fire deaths and injuries resulting from the widespread use of smoke detectors over the past several decades. Despite this increased presence of detectors, there are still thousands each year who die or suffer painful, disfiguring injuries as a result of fires in their homes. It has been estimated that smoke detectors reduce the risk of dying in a house fire by at least 50%, but only if the smoke detector is functioning. 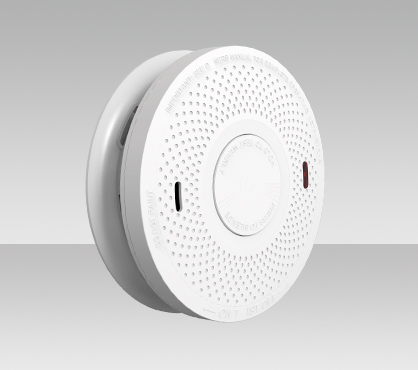 Statistics indicate that smoke alarms are installed in about 96% of US homes, however it is estimated that approximately 20% of the smoke alarms are non-operational. Research points to several reasons for this:

Batteries were found to be weak, dead or missing

Vents were clogged with dirt, dust or grease

Detector past its life expectancy

The sensing chamber was infested by insects

Why are there so many defective smoke detectors?

More important than the reasons identified for this serious problem is what can be done about it. The solution is simple enough: Test the detector regularly. Every smoke detector’s user manual emphasizes the need for doing so. The National Fire Protection Association recommends that battery-powered detectors be tested weekly, and that those powered by household current be tested monthly. The Association each year promotes “National Fire Prevention Week,” during the first week of October.

Let’s Hear it for Fire Safety – Test Your Detectors!

But why isn’t testing being done? Why aren’t homeowners following these important recommendations? After all, the claim is made, simply press the test button on the detector. If the alarm sounds, then, it is claimed, you can be sure that your detector will give you and your family the early warning you need in order to exit safely and avoid a tragedy.

To gain a better understanding of this serious problem, it is necessary to examine the assumptions underlying the “test button test.” The correct location for the smoke detector, according to fire experts, is on the ceiling in the center of the room. But the ceiling height in most homes is eight feet from the floor. This means that unless the homeowner is very, very tall, he or she must stand on a chair, stepladder or some other device to gain the reach to depress the test button. Here are some practical considerations: How many homeowners are going to make the effort every week to drag a chair or stool over to the smoke detector?

What about the elderly or the infirm?

How about those who are wheelchair bound?

And the millions of smoke detectors without test buttons?

Here’s what to do if the alarm doesn’t sound:

Make sure the power source is connected and/or the battery is still good.

Check the vents of the detector for dirt, dust, grease, or spider webs. If present, clean with a dry cloth and a vacuum cleaner.

A smoke detector has probably been damaged and will not operate if it has been painted over.

Check the age of the detector, replace every 8 to 10 years. An older unit is likely to have corroded contacts or otherwise faulty electronics, causing the alarm to go off too late, too soon, or not at all. Under any of these circumstances, the detector is not doing the job it was designed for and should be replaced. After all, according to one estimate, a smoke detector that has been in operation for 10 years has gone through more than 3.5 million monitoring cycles. And detectors these days are not that expensive, especially considering your family’s safety.

If ever in doubt, replace it. The new smoke detectors are coming supplied with a lifetime battery installed. These detectors have a pre-planned ‘end of service’ period and will start chirping when its time to replace the detector. Average life of these smoke detectors/alarms is 10 years. No batteries to replace.

In the event of replacement, what kind of detector should you have in your home?

There are two kinds of detectors on the market today, ionization and photoelectric. Ionization detectors have a quantity of radioactive material in the sensing chamber which throws off a constant stream of radioactive particles. This action creates an electric charge in the chamber. When smoke enters the chamber, it reduces the electric charge. The alarm will be initiated when the electric charge falls below a preset amount. Photoelectric smoke detectors, on the other hand, have a beam of light inside of their sensing chamber. If the beam is broken up or deflected, the alarm will sound.

Of the two types of smoke detectors, the ionization type is by far the most common. More than three of every four detectors in U.S. homes today are ionization detectors, according to the government report. The reason is simple: They are much less expensive than photoelectric detectors. But ionization detectors have a serious downside: they are prone to nuisance, or false, alarms. Indeed, the ionization technology itself is the problem. Ionization devices are designed to detect advance particles of combustion, causing the detector to respond to the most minute airborne particles. Routine kitchen activities, including cooking and dish washing, can cause the alarm to sound, as can spraying windows with conventional window cleaners. An ionization detector near a bathroom may sound the alarm when you are showering or bathing.

The super-sensitivity of ionization detectors is why many detectors in the government study were found to have missing batteries. Homeowners simply removed the batteries, thus sparing themselves the constant annoyance of the alarm’s sounding during daily activities.

To adequately protect your family and home you should take the following steps:

Install working smoke detectors at each level of your home. Among other locations, they should be placed in the immediate vicinity of the sleeping areas.

Smoke detectors of choice should be the photoelectric type and be powered by household current and contain a battery backup. This allows your detector to operate even in the event of a power outage.

Install a photoelectric detector in the kitchen, where most home fires start.

Here’s what smoke detector manufacturers should do:

Mount an educational campaign, alerting the public to the fact that smoke detectors do wear out. In this campaign, manufacturers should enlist the aid of the National Fire Protection Association, insurance companies and fire departments.

Offer trade-ins as a further inducement to replace old detectors.

Phase out the manufacture of ionization detectors for the home, concentrating their production efforts on the photoelectric type, preferably those powered by household current, with a battery backup. This will reduce the nuisance alarm problem related to the ionization devices.

Rewrite users’ manuals with the objective of making these documents simple and easy to read, augmented by good graphics.