How does smoke detector ensure life

Small but mighty, each year smoke alarms save thousands of lives. Though these little UFO-shaped discs keep you safe, to the average home or business owner they often remain a mystery. 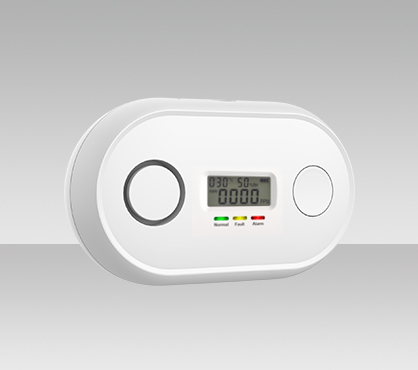 Do you know why having the right “type” of smoke alarm is important?

Unfortunately, fire is not fire – there are different types. That’s why it is essential to the safety of your home or business to ensure you have coverage from both of the two varieties of smoke alarms:

More responsive to fires with flames.

Combo photoelectric and ionization alarms in a single detector. *Never assume a smoke alarm is a combination-type smoke alarm unless it is clearly stated on the package. Call the manufacturer.

How do they work?

Running off battery power or wired in to your home, the typical smoke alarm utilizes two parts to do its job: a sensor to detect smoke, and a loud electronic horn to wake you up. However this is where their similarities end…

Using a light and a sensor positioned at 90 degree angles to one another, photoelectric detectors sound off an alarm when interruptions or scatters in light are detected resulting from smoke (smoldering fires).

Better at detecting small amounts of smoke from flaming fires, ionization alarms employ the use of an ionization chamber and ionizing radiation. These alarms generate so-called “alpha particles” in the ionization chamber, which ionize oxygen and nitrogen by knocking an electron off, thus resulting in both a free, negatively charged electron and a positively charged one. These particles are then attracted to one of two plates located within the detector with correspondingly opposing voltage. When smoke enters this chamber, minute changes in current occur, disrupting the charge and sounding the alarm. Amazingly, the amount of alpha radiation in these alarms is so small, it cannot even penetrate a sheet of paper. It can however, harm you if released into the air – yet another reason poking at items you don’t understand when they don’t work is not recommended.

Looking for something a little more “hot” than your average smoke alarm?

This cute little bird shaped photoelectric smoke alarm sounds at the appearance of smoke, getting louder and louder as it thickens.

This moth shaped photoelectric smoke alarm is so lightweight, it can be installed simply with 3M tape. Its entire surface is a test switch, just give it a pat to turn on – and off!

Designed by Jacob Jensen, this futuristic looking detector features a microprocessor programmed for daily alarm checks. It also adjusts sensitivity for optimal detection (such as for cooking and fireplace use), and beeps to alert you when it needs cleaning.

The ANKA smoke detector is unique in that it can be attached between a light bulb and the lamp base of ceiling light fixtures with a simple screw. It uses the power of the lamp to recharge its battery, blinking red or green when you turn the light on to indicate power status. In the event of fire, it produces both a sonar and lighting alert.