Reduce the Risk of Fire Death with Smoke Detectors

Between 2007 and 2011, 37 percent of fire deaths occurred in homes without smoke detectors, states the National Fire Protection Association. Three out of five deaths in house fires occur because no smoke detectors are installed or because they aren’t working correctly. Having functioning smoke alarms in your home cuts your chances of perishing in a fire by half. 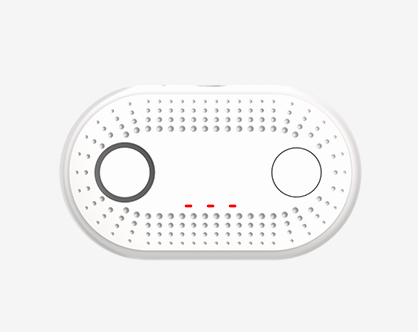 It’s quite clear: smoke detectors save lives, but only if they’re properly installed and maintained. Follow these smoke detector tips from the to keep you and your family safe.

Look for a brand that offers interconnected smoke alarms. This causes all the alarms to sound when a single device detects smoke somewhere in your home.

Consider special alarms with strobe lights and bed shakers for people who are deaf or hard-of-hearing.

Install one smoke alarm in each bedroom and outside each sleeping area.

Install an alarm of every floor of your home, including the basement.

Mount each smoke detector on the ceiling or high on the wall. Hot air carrying smoke rises above cool air, so a high placement is important for quick smoke detection.

Keep smoke alarms away from the kitchen to reduce false alarms caused by cooking. The nearest device should be at least 10 feet away from the stove.

Replace the batteries once a year. Schedule a set time, such as when school starts or at the beginning of a new calendar year, to help you remember.

Reacting When a Smoke Detector Sounds

Make a plan with your family about how to respond in case of a house fire.

Establish a meeting place outside where everyone will gather if a smoke detector goes off. Choose a permanent spot such as a tree, mailbox or light post a safe distance from your home.

Assign people to assist older adults, infants or family members with mobility issues to make sure everyone is taken care of in the event of a fire.

If the smoke detector goes off, respond quickly. Stop what you’re doing and go outside to the designated meeting place. Do not reenter the home until the incident is deemed a false alarm or firefighters tell you it’s safe to do so.