Types of Smoke Detectors and Their Differences

Smoke detectors are installed in apartments and houses all around the country and save lives, yet most homeowners are not familiar with how these devices work. 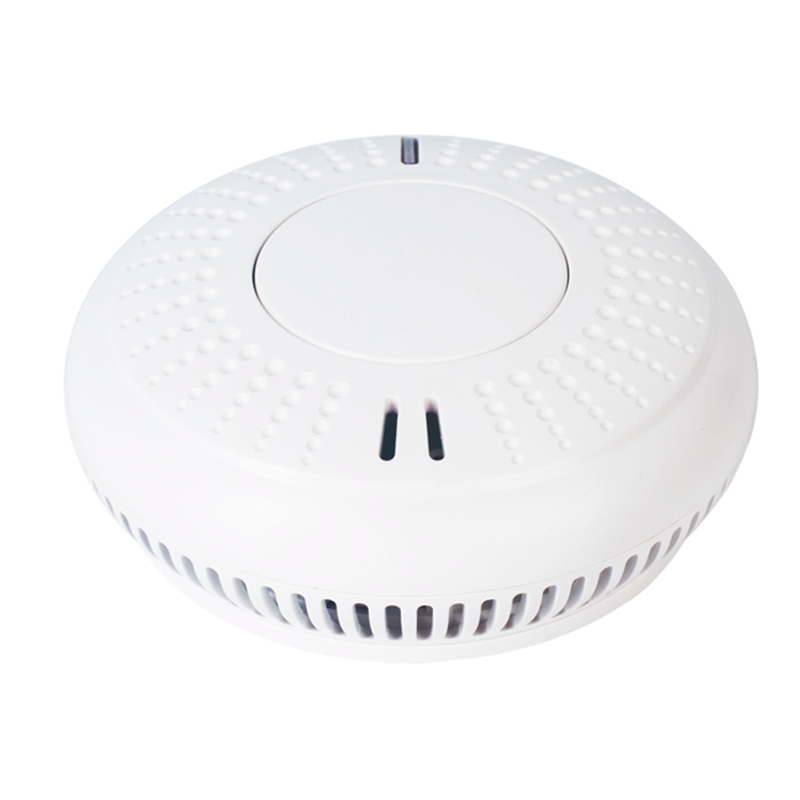 There are two main types of smoke detectors. Here’s what you need to know about both types and the distinctions between the two.

While it may not be make for the most riveting article to read, knowing how ionization and photoelectric detectors work differently can potentially save your life one day.

This type of smoke detector uses ionized particles to detect the presence of smoke. Each ionization smoke detector holds a tiny amount of radioactive material, which is placed between two electrically charged plates. The reaction between these components causes the ionization of air. This in turn creates a current between the two plates.

When smoke gets into the detector, the current is disrupted and the alarm is triggered. Ionization smoke detectors are know to work better with flaming fires—these are fires with aggressive, open flames. Their effectiveness with other types of fires, such as smoldering fires, isn’t as great. That is why we have another type of smoke detector.

The second most popular type of smoke detectors are photoelectric detectors. Unlike ionization detectors, these detectors use a light source and a light sensor to detect smoke.

Once the smoke enters the detection chamber, the smoke particles block the light beam and partially reflect light onto the sensors. This in turn trips the alarm.

Since many smoldering fires fill the room with dangerous fumes and smoke way before progressing to the open-flame stage, these type of detectors tend to be better at early detection.

Which Type of Smoke Detector Should You Choose?

The only real way to improve your safety is to install both types of smoke detectors in every room where a smoke detector might be necessary. The truth is, you simply can’t predict which type of fire you may encounter.

Ever since the 1970s, all smoke detectors have become affordable enough for almost every homeowner. There’s little reason why you can’t have both ionization and photoelectric detectors in your home.

Now that we have covered the main types of smoke detectors, we need to touch upon different ways of supplying power to the detectors. There are generally two options, both of which work, but one of option is definitely a safer and more reliable choice.

Most detectors out there are powered by batteries. Since smoke detectors in general don’t use a lot of power, many of these battery-powered models require very little maintenance on a yearly basis.

However, every battery has a limit and you don’t want to find yourself in a fire with a dead smoke detector. There is nothing inherently wrong with battery-powered smoke detectors, but you have to be absolutely vigilant about replacing spent batteries.

The alternative to battery-powered smoke detectors are hard-wired detectors. As their name implies, these detectors are wired straight into your home’s electrical system. Generally speaking, this method of supplying power to the entire network of smoke detectors is much more reliable and requires less maintenance.

Best of all, while these detectors still require batteries, batteries are not the primary power source. Rather, batteries act as the emergency power source to ensure you’re still protected in the event of a power outage.

In Massachusetts, homes built between 1975 and 1998 must have hard-wired interconnected smoke detectors outside the bedrooms and one detector per floor.

How to Make the Most of Your Smoke Detectors

Smoke detectors, no matter the type, are your first line of defense against fires. Despite that, many homeowners tends to neglect them. Just by regularly replacing the batteries in your smoke detectors , you are greatly reducing your chances of becoming a victim of a house fire.

Smoke detectors won’t help you if they have dead batteries. If you really want to stay on top of this issue, we strongly suggest that you install hard-wired smoke detectors in your next remodeling project.

Understanding the Importance of Smoke Detectors

There is much more to smoke detectors than most homeowners think. The truth is, even in brand new buildings and houses, smoke detection systems can be poorly designed and less effective.

Your responsibility as a homeowner or tenant is to ensure that you have adequate smoke detector coverage. Investing in this safety measure will pay back in dividends if you end up experiencing a house fire.